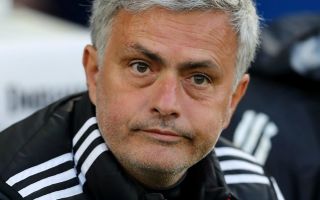 Manchester United could reportedly sack Jose Mourinho in the next few days if the team has a bad result in their next Premier League clash against Chelsea.

Reports in Italy suggest Mourinho may not even last in time for the Champions League match against Juventus in less than a week’s time.

Twitter account Utd Report has translated Sky Italia’s claim that Mourinho’s future may hinge on how Saturday’s game at Stamford Bridge pans out.

It remains to be seen precisely what kind of threshold United chiefs would be setting, with not much more information given about what kind of outcome would represent a result bad enough to pull the trigger.

Mourinho has made a poor start to the season, with the club winning just once in their last five games, and that came via a stoppage time goal against a struggling Newcastle side at Old Trafford.

Chelsea will be big favourites this weekend and United may feel another defeat is one too many, particularly with a hard game against Juventus coming up afterwards.

If MUFC lose to the Serie A giants their hope of qualifying from their group will take a real hit as they’ve already dropped points at home to Valencia and would have away games against them and Juve still to come.