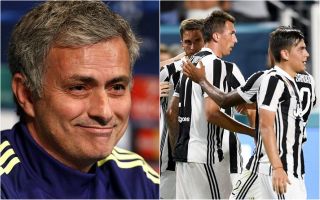 Manchester United could be given a real boost as it looks as though Juventus may struggle to get Paulo Dybala back from injury in time for Tuesday night’s Champions League clash.

The Red Devils host Juve in what is no doubt going to be a hugely challenging match whoever plays for Massimiliano Allegri’s side, though it looks like they may have to do it without one big name in attack.

The Daily Mirror report that Dybala picked up a knee injury on international duty with Argentina, and the club are now set to assess him when he returns to Italy.

Juventus could really do with Dybala’s pace, skill and goal threat for the trip to Old Trafford, which will obviously be no walk in the park even if United aren’t in the best form right now.

MUFC have just one win in their last five games and will hope their late victory over Newcastle before the international break can restore confidence in the squad.

However, United immediately face Chelsea next in the league before hosting Juventus in Europe a few days later.

The Mirror report that Cristiano Ronaldo should play, and he’ll obviously represent another big threat for Jose Mourinho’s side to deal with.