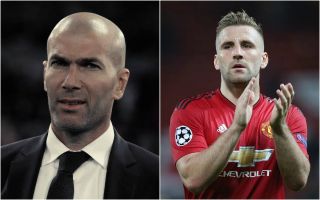 Manchester United left-back Luke Shaw dropped a subtle hint relating to the managerial situation at the club amid recent rumours and gossip regarding Zinedine Zidane replacing Jose Mourinho as manager.

The England international confirmed he’d penned a new five-year deal on Thursday, in what will go down as a huge boost for United after his improved form recently.

Interestingly, Shaw made the special effort to mention manager Mourinho as he sent a message to fans over Instagram.

Shaw has had his ups and downs with the Portuguese tactician during his time at Old Trafford, but posted a photo of himself with the boss and the caption below:

‘Since I came to United it’s been a whirlwind four years that have passed so quickly. I am very proud to sign my new contract and continue my stay at this great club. I want to thank everybody that has stood by me and shown me huge support – the management, my team-mates and the fans. I want to let everyone know that I will give everything I have to repay them and deliver success over the years to come. I’m still very young with a lot more to learn and I can’t wait to continue my progress under Jose Mourinho.’

The last line – as well as the initial picture – suggests strongly that Shaw does not think a change in management is on the horizon at United.

This goes in line with various recent reports that have tended to suggest the Red Devils are leaning towards backing their manager for the moment.

That could of course change, and some sources still suggest Zidane is primed and waiting for an offer, while CaughtOffside understands Antonio Conte is also in the running, with a bad result against Chelsea this weekend perhaps enough to convince the club to pull the trigger.

Shaw will have a decent idea of what’s going on, however, and his statement suggests he expects to continue playing under Mourinho for some time. 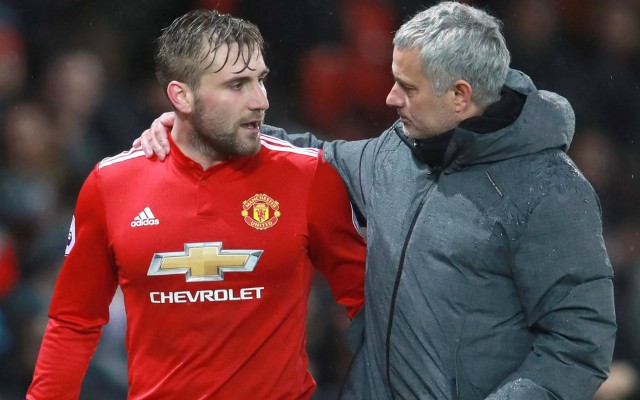