Liverpool attackers Sadio Mane and Mohamed Salah could play a part in Saturday’s clash against Huddersfield at the John Smiths Stadium.

According to Sky Sports, Reds boss Jurgen Klopp is waiting on late fitness tests for the pair after they picked up knocks while on international duty for Senegal and Egypt respectively.

The dynamic duo have been a vital part of Liverpool’s recent success and between them they have scored seven Premier League goals in eight matches this term, to help the team rise to the top of the table.

Klopp refused to rule out their return when talking to Sky Sports on Friday: “We had yesterday’s session and a few of the boys trained, we’ll have to see how they react.

“The only thing we are pretty sure is that Naby [Keita] will not be available with all the rest, we have to see how it develops, that’s it pretty much.”

The Reds are one of the leading contenders for this year’s title, along with Manchester City and Chelsea, but they must get back to winning ways with a win against Huddersfield this weekend, having drawn their last two league games.

In another major boost for the Merseyside giants, Sky Sports reports that Virgil Van Dijk will definitely be fit for the match after missing a friendly for Holland last Friday with a suspected broken rib.

“It’s settled pretty quickly but that’s how it is. Football players have to play very often with some kind of pain. But it’s not too important.

“It’s all good, he has no problems with that any more.”

The dream scenario for the German manager and Liverpool fans across England would be if all three players in question were to start against the Terriers, but if Mane and Salah are eventually ruled out they have plenty of other options. 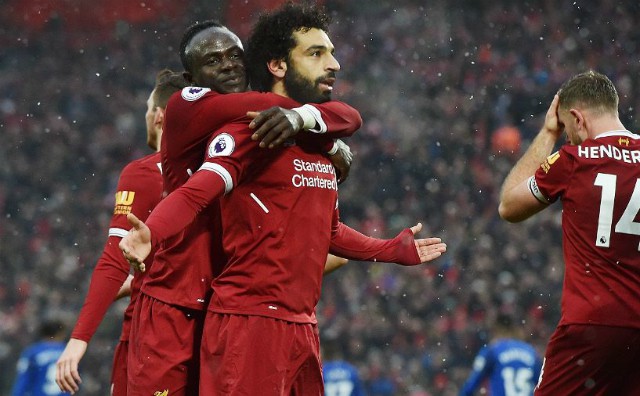 Daniel Sturridge has shown glimpses of his best form when called upon this season, while Xherdan Shaqiri is keen for more playing time following his summer move from Stoke City.

The Reds have the strength in depth to cope with any bad luck that may befall them and they will still be favourites to win comfortably away from home against Huddersfield regardless of what team Klopp decides to start with.