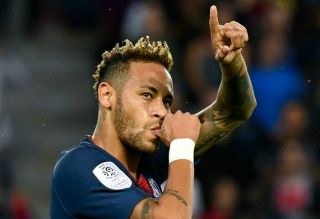 Amid ongoing speculation over his future, Neymar’s release clause at Paris Saint-Germain has reportedly been revealed with Barcelona and Real Madrid on alert.

As noted by The Express, the two Spanish giants continue to be linked with a swoop for the Brazilian international despite the fact that he only joined PSG last year.

The 26-year-old has bagged 39 goals in 41 appearances for the Ligue 1 champions while winning four trophies, and although he hasn’t been around long, he has certainly made his presence felt prior to a serious injury setback in the second half of last season.

However, as noted by Sport, it’s not going to be cheap for either Barcelona or Real Madrid to prise him away from the French capital as it’s been suggested that he has a €215m release clause in his contract with PSG, which can only be exercised in 2020 after his third season with the club.

With The Independent reporting on the potential impact of tax reforms in Spain and how that could adversely affect world-class players featuring in La Liga, it perhaps raises question marks over whether or not either Barca or Madrid will be able to afford Neymar’s transfer fee and his wages.

Much can change in the next 18 months, but what is clear is that with a lack of goals following Cristiano Ronaldo’s departure coupled with how the Malcom signing hasn’t worked out as planned for Barcelona thus far, there are problems for the two sides in the final third.

Neymar would certainly be a top solution for either, but whether or not he wishes to leave PSG in 2020 or if his demands are too much for the two pillars of Spanish football to satisfy, there is seemingly a long way to go before the Brazilian superstar is back playing in Spain.