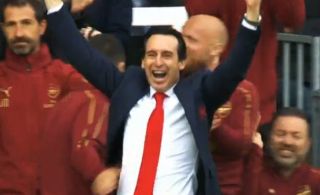 As he continues to shine for Roma, Arsenal are being linked with a big-money swoop for Turkish starlet Cengiz Under.

The 21-year-old enjoyed a productive first season in Italy last year, scoring eight goals and providing two assists in 32 appearances in all competitions.

However, he appears to have settled and adjusted after 12 months in Serie A and has started this campaign in great form, scoring twice and providing four assists in just eight outings.

Further, he’s bagged four goals in 15 caps for Turkey, and so it would appear as though Under has a bright future ahead of him with Roma likely to be desperate to hold on to their talented asset moving forward.

Nevertheless, according to The Express, Arsenal are leading the race to sign the £52m-rated attacking star, with Bayern Munich also said to be interested.

Under would be a great addition for Arsenal given that he could offer a different dynamic in the final third in a wider position.

From his creativity in possession to his movement and pace on and off the ball, he could provide width and directness in attack to complement what the likes of Mesut Ozil and Henrikh Mkhitaryan provide behind the strikers.

Meanwhile, it’s also suggested that Unai Emery could be plotting three moves next year, with Cagliari starlet Nicolo Barella and Liverpool left-back Alberto Moreno said to also be on his transfer radar.

Barella would be another exciting addition as the Italian youngster is making a big impression with the Sardinian outfit with his all-action, tenacious and combative displays in the heart of their midfield while also offering a goal threat.

As for Moreno, he’s earned a reputation for being defensively vulnerable, but perhaps to add depth in that position, it could be a decent signing with Liverpool likely to be ready to sell as he struggles for playing time this season.