The BBC team of the week has been released and it’s mostly Manchester United, Liverpool and Tottenham players in Garth Crooks’ XI.

Those Premier League giants have two players each in there, while Manchester City are perhaps unfortunate to get just one player in there considering they battered Burnley 5-0.

It’s also a little puzzling that two United players get in for their performance against Chelsea, but no players from Maurizio Sarri’s side make the cut despite it being a fairly even game that finished 2-2 at Stamford Bridge.

Juan Mata and Anthony Martial are the two United players selected, and in fairness no one can really have any complaints about that – both were excellent, particularly Mata as he finally got more of a run in a central position after being shifted out wide all too often for the Red Devils. 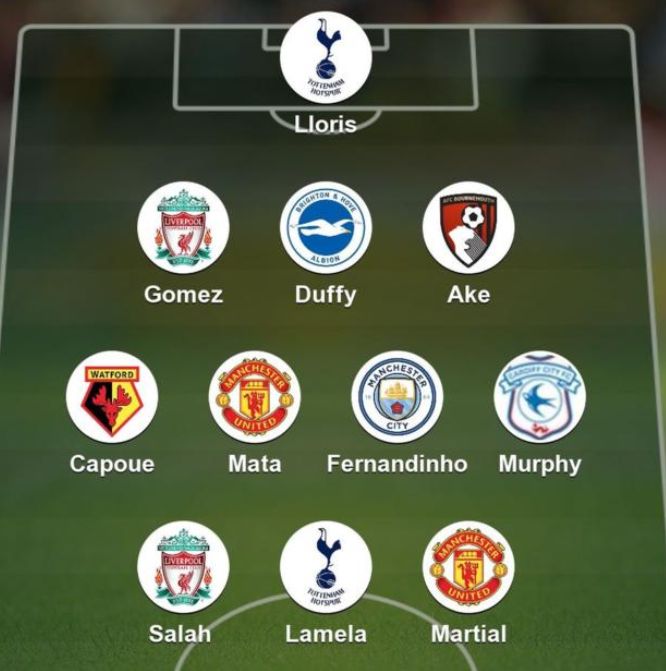 Joe Gomez and Mohamed Salah are the Liverpool players who make it in, while it’s Hugo Lloris and Erik Lamela representing Spurs after their win at West Ham.