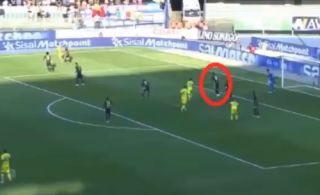 Leonardo Bonucci highlights in the video below show he’s been badly at fault for more than a few goals Juventus have conceded this season.

Manchester United may want to take a look at this as they prepare to face Massimiliano Allegri’s side at Old Trafford in the Champions League this week.

While United are not in the best form themselves and look questionable up front right now, they could have some joy against Bonucci as he looks very rusty at the moment.

See the video below as the experienced centre-back, who rejoined Juve after a difficult spell at AC Milan, loses his man continually to allow some sloppy goals against the Italian champions.

Bonucci clearly wasn’t a happy man at Milan, but perhaps that year at the San Siro was more than just a blip…