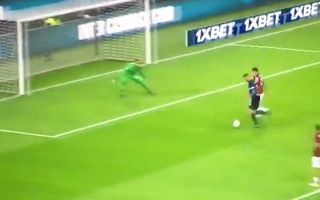 Chelsea reportedly sent a scout to watch AC Milan defender Alessio Romagnoli on Sunday, and this arguably showed exactly why he’d be a quality addition.

The Rossoneri eventually fell to a 1-0 defeat to rivals Inter in the Derby della Madonnina, but not without Romagnoli producing a great performance in the heart of the backline.

It wasn’t enough to avoid the loss though, and it could potentially get worse for the Italian giants amid speculation that Chelsea could be plotting a transfer raid on them.

As reported by Calciomercato prior to the game, Chelsea sent a scout to watch the Italian international at the weekend, and after putting in a solid defensive shift for his team despite the result, the Blues would surely have been left impressed with what they saw.

Coupled with his ability to build out from the back with his technical quality and composure in possession, the 23-year-old is arguably a perfect signing for Maurizio Sarri with his preferred style of play in mind.

This moment though proved his class as he stopped what looked like a certain goal from Mauro Icardi with a superb last-ditch block to deny the Inter talisman.

Icardi had the last laugh with his stoppage-time winner, but the rumoured Chelsea scout in attendance would perhaps have seen enough to confirm Sarri’s rumoured transfer plot is a sensible one with the former Napoli boss surely fully aware of the quality that Romagnoli possesses anyway along with most of Europe.