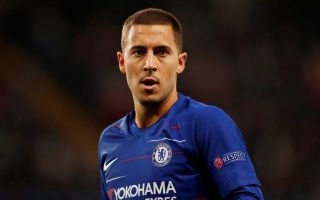 Former Chelsea manager Antonio Conte is reportedly Real Madrid’s first choice to replace the struggling Julen Lopetegui – which is good news for the Blues regarding the Eden Hazard transfer situation.

The Belgium international has long been linked with a move to the Bernabeu – a rumour he himself has fuelled by talking up his dream of playing for Madrid in recent interviews.

However, the Daily Mirror now claim Conte being in pole position to land the Real job would harm the Spanish giants’ chances of signing Hazard due to their bad relationship towards the end of the Italian’s time at Stamford Bridge.

Hazard has looked a far happier player after making a superb start under Maurizio Sarri this season, with Conte a rather more defensive-minded coach that failed to always get the best out of the former Lille attacker.

Hazard could have been an ideal signing for Los Blancos after the departure of Cristiano Ronaldo in the summer, but it may be that they’ll have to look elsewhere.

Still, we imagine this is not quite the last we’ll hear of this story, with Don Balon reporting just yesterday that Hazard is keen for Chelsea to accept a Real Madrid offer for him.

On his own future, the 27-year-old has given some mixed signals recently…

“I can finish with Chelsea,” he was quoted by Sky Sports this week. “No problem at all. I am very happy with this club, with the team, my family is happy here.

However, he was also recently quoted in the Daily Mirror as saying: “Real Madrid is the best club in the world. I don’t want to lie today. It is my dream since I was a kid.”