Manchester United boss Jose Mourinho has named a strong side to face Juventus on Tuesday night and given Tahith Chong a place on the bench.

The two European heavyweights meet in the Champions League group stage at Old Trafford with a great deal at stake for the hosts after a disappointing stalemate against Valencia on matchday two.

Mourinho’s men must at the very least avoid a defeat against Massimiliano Allegri’s all-star Juve team, or face the prospect of an uphill battle to qualify for the next round.

The importance of the game has been underlined by the Portuguese manager’s team selection, as he has started with Romelu Lukaku, Marcus Rashford and Anthony Martial in the attack.

Paul Pogba, Nemanja Matic and Juan Mata complete the midfield, while Victor Lindelof and Chris Smalling retain their spot in the heart of the defence.

Mourinho has named the same starting XI that almost grabbed three points at Stamford Bridge on Saturday, but there is a surprise name included on the bench, in the form of 18-year-old winger Chong. 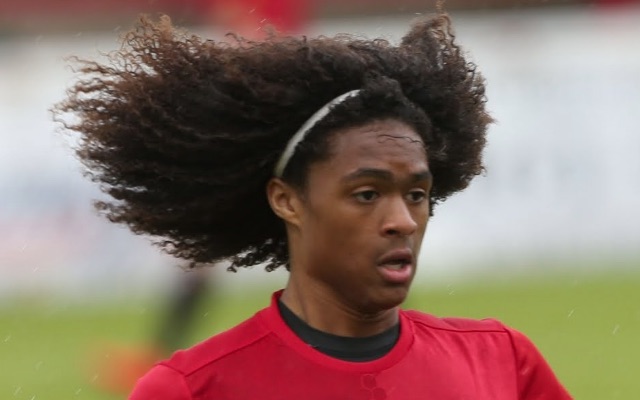 The youngster has impressed at youth level in recent times and scored twice against Sunderland for United’s U-23’s on Friday during a 3-0 win, which earned him a call-up to training with the senior squad.

He obviously managed to impress Mourinho with what he can do and club supporters will be hopeful of seeing the teenager in action at some point tonight, particularly if the Red Devils are lacking a clinical edge in the final third.