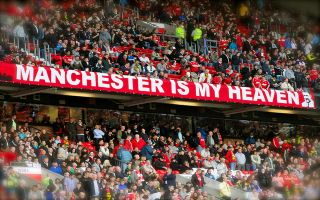 The United fan was pictured with ‘Ramos 18 Kiev’ on the back of his United shirt.

Ramos became an ‘Enemy of the Kop’ after a controversial challenge on Liverpool star Mohamed Salah in the early stages of the Champions League final in Kiev.

Salah was forced off with a shoulder injury and Liverpool’s hopes of lifting the coveted trophy were shattered as a result of Ramos’ actions.

Check out the fan’s shirt courtesy of The Away Fans on Twitter below:

This Man Utd fan has “Ramos 18 Kiev” on the back of his United shirt… ? (via @imfootballmad) #MUFC #LFC pic.twitter.com/rOGU8lnNe9

Liverpool fans still believe that the incident changed the course of the game and believed it was a major factor in Madrid coming away with a historic victory.

This United fan has gone to extreme lengths to get one over Liverpool and his dedication to the Red Devils is great to see.