Juventus secured a 1-0 win over Man Utd at Old Trafford on Tuesday night, and it seems as though the Italian media enjoyed seeing them get one over on Jose Mourinho.

The Bianconeri were the better side on the night and deserved their win, particularly after impressing in the first half as they dominated possession and took their chance.

SEE MORE: Photo: Why Jose Mourinho made another three-finger gesture after getting abuse from Juventus fans

While United did respond in the second half at times, it wasn’t enough to deny the visitors victory, as they now take a commanding lead at the top of Group H.

However, after raising three fingers at the travelling supporters late on after getting abuse from them, which of course signified his treble with rivals Inter, it seems as though the Italian media in general enjoyed seeing Juve defeat the Portuguese tactician.

As seen in the images below, La Gazzetta dello Sport, Corriere dello Sport and Tuttosport all went with headlines involving Mourinho, from being silenced to KO’d.

In turn, it seems as though he still isn’t the most popular figure in Italy after his previous spell in Milan, aside from those of an Inter persuasion of course given the success that he enjoyed with the club. 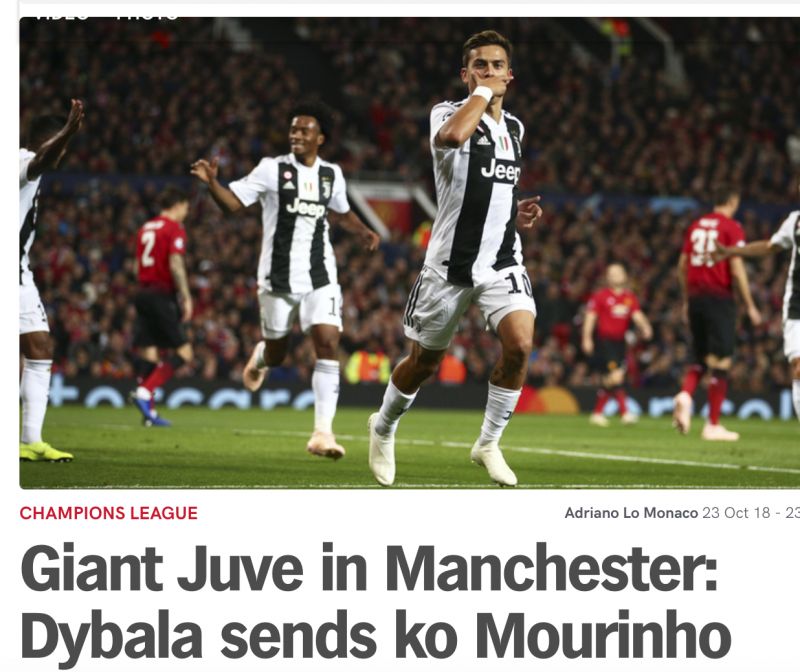 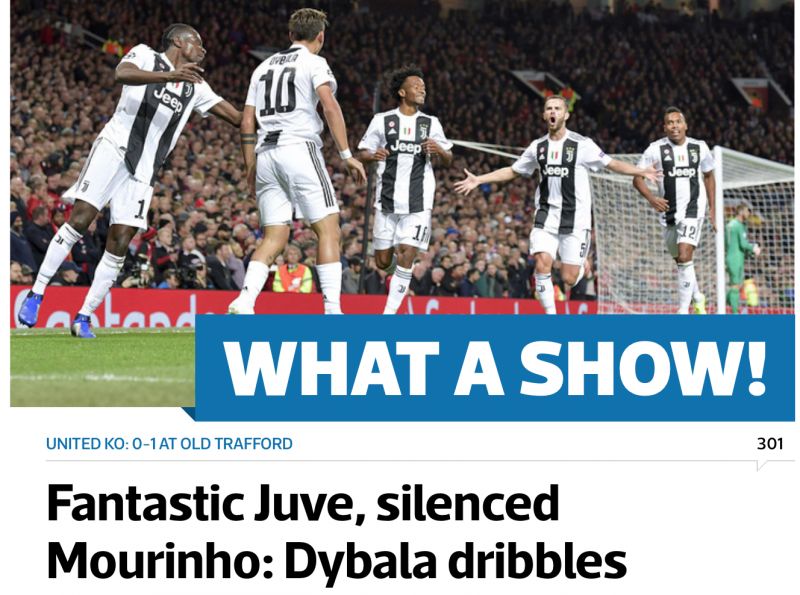 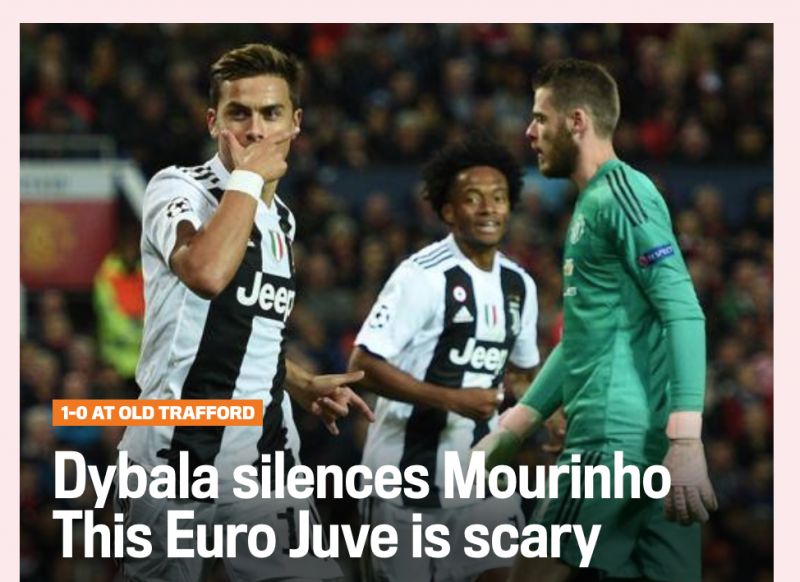