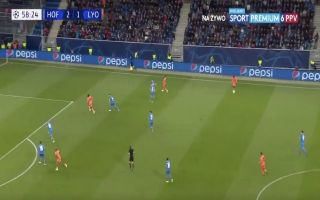 Lyon midfielder Tanguy Ndombele scored a memorable goal for Lyon against Hoffenheim in the Champions League on Tuesday night.

The 21-year-old cut into the box from the right-hand side of the pitch and showed little sign of hesitation when faced with the chance to score, firing the ball into the net to beat the goalkeeper at his near post.

The Frenchman has been linked with a move to Manchester City in recent weeks – as per the Manchester Evening News – and his stock will only rise after his latest display in Europe.

Check out Ndombele’s fantastic finish from a tight angle below via Twitter, which drew Lyon level at 2-2 in Germany.