Liverpool star Xherdan Shaqiri seems to be getting booed whenever he gets on the ball against Red Star Belgrade tonight.

Despite fans of the opposition team being technically banned from this match, it seems a few have managed to sneak in, if the Liverpool Echo live blog is anything to go by.

They claim Shaqiri is getting one or two jeers, which relates to one of his goal celebrations against Serbia during the World Cup with Switzerland.

The Guardian reported on this around the time of Liverpool’s draw with Red Star, with Shaqiri’s ‘Albanian’ gesture causing offence. 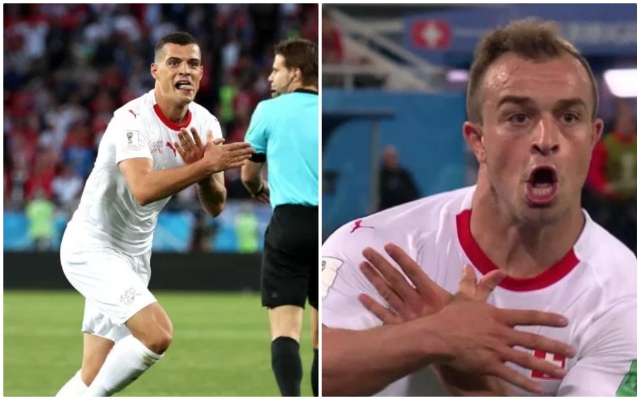 The 27-year-old was not the only one in trouble for this gesture at the tournament, with his Swiss team-mates Granit Xhaka and Stephan Lichtsteiner also fined, according to the Guardian.

Shaqiri will be a key player for an attack-minded Liverpool this evening as they field him along with Mohamed Salah, Sadio Mane and Roberto Firmino in what looks a front four of sorts from manager Jurgen Klopp.