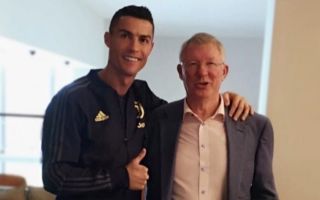 Cristiano Ronaldo showed that he hasn’t forgotten about his old manager Sir Alex Ferguson, as he posted a very heart-warming tweet regarding the former Red Devils boss following Juventus’ 1-0 win against United on Tuesday.

The tweet, which can be found below, sees Ronaldo describe the Scot as a “wonderful man”, and that it’s “great” to see him fit and healthy.

Ronaldo’s Juventus side had beaten Ferguson’s old club 1-0 on Tuesday, but it was nice for Ronaldo to still remember his old boss, as well as send him such a heartwarming message at the same time.

A great coach and above all a wonderful man. Taught me so many things inside and outside the pitch. Great to see you in good shape, Boss! pic.twitter.com/Ql4dcuJvCW