Several major clubs have opened negotiations with Krzysztof Piatek ahead of a proposed move in the winter transfer window, his agent has confirmed.

According to Metro Sport, the 23-year-old striker’s representative Tomasz Magdziarz has spoken to a number of high profile club’s regarding a transfer in the near future, after impressing in Serie A this season.

The Polish star has been on fire in the opening two months of the 2018-19 campaign, scoring nine goals in eight league appearances for Genoa, which has earned him interest from across Europe.

As Football London reports, Chelsea are monitoring Piatek’s situation at the moment and might be among the frontrunners for his signature, with his current value set at €60 million.

“We are in contact with a few clubs but we never give any information about it to the press,” Magdziarz told reporters on Wednesday, as per Metro Sport, which has added fuel to the fire surrounding these latest transfer rumours and Genoa’s chairman has also spoken out to address the speculation.

“We are already getting lots of phone calls for him,” Enrico Prezioso revealed, as Metro Sport reports.

“I’m sure that a top club will take him away from us. I will decide the price, but a lot of Italian and top European clubs are interested.”

Chelsea has two centre-forwards on their books at the moment in Alvaro Morata and Olivier Giroud, but both men have struggled to find the back of the net on a consistent basis, with the team relying on Eden Hazard as their main source of goals.

Piatek looks like the next big thing in European football and if he can shine in a side like Genoa, with limited service and a lack of quality around him, who knows how effective he could be in a top European side. 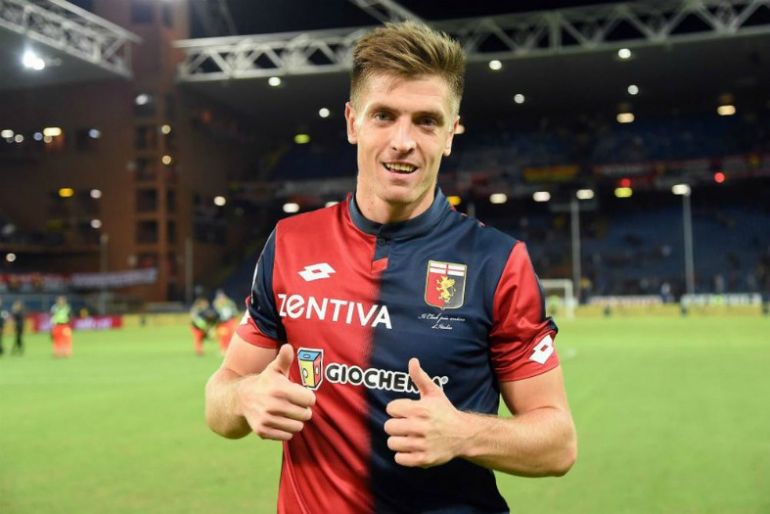 Blues supporters will no doubt be excited by this latest news and with the January window fast approaching, this story could develop significantly in the coming weeks.