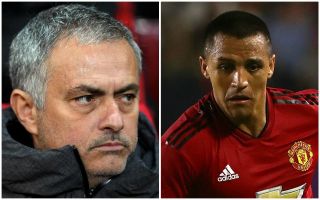 The Red Devils need a change at the moment after a dire start to the season, with Sanchez one particular big name who’s really not justifying their place in the team at the moment.

Teenage winger Chong earned a call-up to the senior squad for the Juventus game in midweek as United lost 1-0 in their Champions League clash at Old Trafford.

And while the Dutch starlet didn’t make it onto the pitch, his inclusion was an interesting move by Mourinho and it may now be that he could hand the youngster a chance against Everton this weekend.

A piece has emerged in the Manchester Evening News, who, as a local paper, have close links with the club, and the idea of Mourinho promoting Chong is floated in there.

Of course, Mourinho doesn’t have the best track record of giving youth a chance, so that could stand in the way of the 18-year-old’s progress.

Still, it’s also clear he’s one of the best talents coming through at United right now, and could follow in the footsteps of Marcus Rashford, who exploded onto the scene when Louis van Gaal brought him in in the 2015/16 season.

Maybe this isn’t as crazy a suggestion as it sounds…