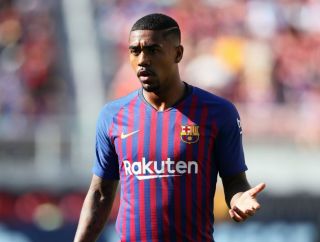 Barcelona summer signing Malcom hasn’t had the start to life at the Nou Camp that he would have expected as he has struggled to make a dent in Ernesto Valverde’s plans.

As noted by The Guardian, the 21-year-old was signed in a deal worth €41m as he was expected to offer another key option in the final third for the Catalan giants.

However, he has totalled just 25 minutes of football so far this season in two brief appearances in La Liga, as he has struggled to climb the pecking order and prove his worth to Valverde.

Further, he has even struggled to be named in the match-day squad on several occasions, which ultimately hints at a problem with the coach and whether or not he values what he can provide.

Guillem Balague was asked about the big issue at the Nou Camp, and as seen in the video below, he has essentially suggested that Malcom was a signing made by the club hierarchy due to the infrastructure in place and Malcom perhaps wasn’t even wanted by Valverde in the first place.

Further, he believes that the pressure remains on Ousmane Dembele to live up to his hefty price-tag and so he will continue to be given opportunities ahead of Malcom and be a priority, which will naturally have a negative effect on the latest recruit.

With Lionel Messi currently out injured, perhaps it will give more chances for both men to prove their worth but although he was included in the squad to face Inter in the Champions League this week, it still looks pretty bleak as far as Malcom is concerned for the time being.