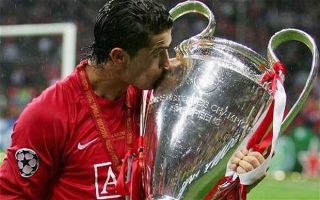 Cristiano Ronaldo certainly hasn’t got to where he is by luck. While he may not be as naturally gifted as long-time rival Lionel Messi, his work ethic is second to none.

And that is what former Man Utd teammate Phil Neville has revealed in a fascinating bit of insight into how driven the Portuguese superstar was during his time in England.

While there’s no doubt that the same work ethic and passion to be better still exists at Juventus and was fundamental to his success with Real Madrid, he undoubtedly got on the path to being at the top of the game during his time with United.

As heard in the interview below when speaking to BBC 5 Live Sport, Neville has revealed that while at United, Ronaldo would return from European games and have an ice bath at 3am in order to speed up his recovery and get back to being as sharp as possible, as quickly as possible.

“He (Ronaldo) used to play European games, Champions League games, then go back to the training ground and have an ice bath at 3 in the morning,” Neville said on BBC 5 Live.

“And that’s why Roy Keane, Paul Scholes, (David) Beckham and (Ruud) Van Nistelrooy have the utmost respect for him.

“Forget Instagram, and the social media and the image, this kid works harder than any other footballer on the planet to be the best.

“And when you see the evidence on a Saturday, it is just an accumulation of the process that he has to go through to become the best.”

Hats off to him, another example of being obsessed and determined to be the best that he can possibly be and that is certainly something that all football fans can respect.

Former @ManUtd defender Phil Neville explains how @Cristiano worked harder than anyone to ‘be the best’ ?