Tottenham midfielder Dele Alli is back training with the first team after injury, but Mauricio Pochettino doubts he will play against Manchester City.

The Englishman was ruled out of action with a hamstring issue on September 26th, sustaining the injury during Spurs’ Carabao Cup win against Watford, which has seen him miss several important matches over the last three weeks.

Pochettino’s men are on a four-match winning streak in the Premier League, but their European woes continued on Wednesday as they could only draw 2-2 against PSV Eindhoven in Holland.

A huge domestic showdown against the English champions beckons on Monday night and supporters will be happy to know that Alli has returned to training following his injury lay-off, as per Talk Sport.

However, Tottenham’s Argentine boss has played down talk of him playing a part against City, stressing that the club must be careful not to rush him back into the fray too quickly.

“We are happy that he started today with the group. Yes, sure we hope he will be available for Monday but not sure if we’re going to put him in the squad or not.” 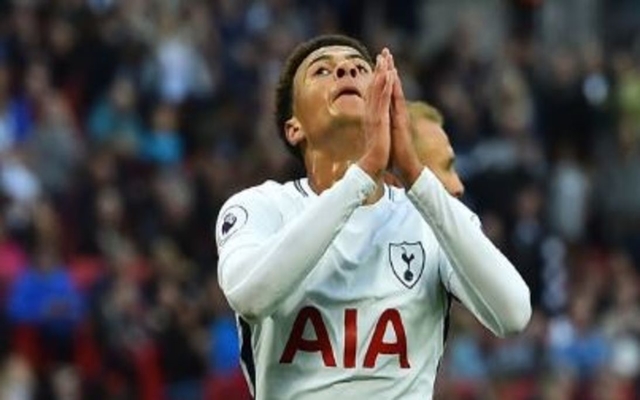 The Lilywhites have a great opportunity to leapfrog City in the table next week, as they currently sit just two points behind them in the table.

Spurs are still very much outsiders in the race for the title, but a home win against the champions could convince any doubters that they are the real deal this season, with a busy schedule coming up over the winter months.

Alli’s return is good news for the club, but Pochettino is right to proceed with caution, especially considering the fact he has enough strength in depth at his disposal to field a strong starting XI without having to include the 22-year-old prematurely.