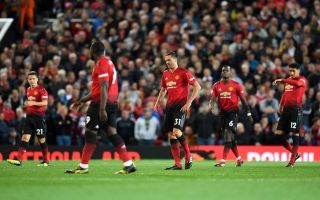 A group of Manchester United stars are set to be fined by the club after refusing to attend a key sponsors event in protest of recent travel issues.

This is according to a report from the MailOnline who earlier revealed that a group of first-team players refused to attend a event for the club’s commercial partners on Friday in protest of the ongoing travel issues.

United were fined for arriving late and forcing kick-off to be delayed in their 0-0 draw against Valencia.

As a result the club then decided to use a hotel situated only a half-mile from Old Trafford in the future but travel chaos once again disrupted the side delaying their arrival before facing Juventus on Tuesday night.

Jose Mourinho went to extreme lengths to arrive at Old Trafford on time on Tuesday night, opting to walk to the stadium because the team bus was stuck in heavy traffic.

Mourinho asked for the rest of the team to follow him on foot to Old Trafford but there was only enough security staff to safely escort the Portuguese.

United’s commercial partners were reported to have lost thousands of pounds as a result of the players protest.

Some of the commercial partners flew into Manchester just for this event, which was set to be held at the United’s Carrington training complex.

A source told the MailOnline:

“These sponsors pay a lot of money and this is an event which is taken seriously.

“United have a fantastic relationship with their commercial partners and this did not go down well at all.”

This has forced the hand of United’s hierarchy who are now set to fine the players involved.