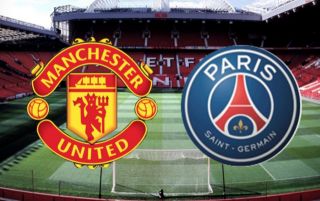 Manchester United look set to face a challenge from PSG in the race to seal a move for Barcelona and Germany superstar Marc-Andre Ter Stegen.

According to Don Balon, the French giants are set to hold talks with Barca regarding the 26-year-old, and that they want to make him the highest paid player in the world in his position, with it also being stated that PSG are ready to pay €100M to secure Ter Stegen’s services.

Don Balon have also noted in the past that Man United are keen on signing ter Stegen as a replacement for De Gea, and that they too are ready to fork out €100M in order to land the German’s signature.

It’s easy to see why ter Stegen is wanted by two of Europe’s top clubs in United and PSG, as the German international has been one of the best shot-stoppers on the planet these past few years.

The former Borussia Monchengladbach ace has been fantastic so far this campaign, carrying on the form we say him produce last season that played a massive part in Barcelona be successful in La Liga.

The Catalan giants had one of the best defences in Europe last year in terms of goals conceded, something that is largely down to the performances of ter Stegen.

If Barca do decide to let ter Stegen go, it’ll be interesting to see if either Man United or PSG come out on top in the race to sign the German.