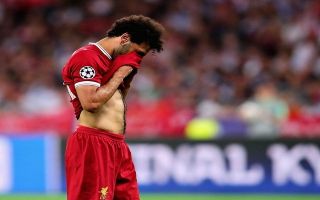 Mohamed Salah put in a stellar performance for Liverpool in their 4-1 rout against Cardiff City this afternoon, however not all fans were pleased with the Egyptian international’s overall display.

The former Chelsea star scored one and assisted two, as he ended up playing a huge part in the Reds managing to beat Neil Warnock’s side and move top of the league.

Salah hasn’t had the best of starts to the season this year, however following this display, combined with his performance against Red Star Belgrade in the Champions League in midweek, it seems like the Egyptian is back to his best.

Despite this, some fans still found a way to criticise the Reds superstar, as it seemed that his poor showing from corners was an aspect that angered a few Liverpool supporters.

Salah was seemingly put on corners by Jurgen Klopp for the match, and his consistently poor delivery from them was something that didn’t put him in the good books for a few select fans.

Following his display on set pieces against Cardiff, a few fans took to social media to hammer Salah for his delivery from corners.

We didn’t think they were that bad in all fairness…

Salah taking free kicks and corners is a crime. He has absolutely no idea over a dead ball.

Btw Salah’s delivery from corners are sickeningly bad at times

Why is salah taking our corners

Mo Salah needs to piss off from taking corners.
They are so poor