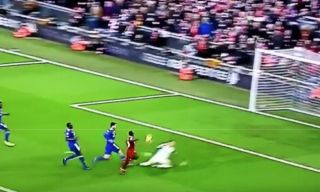 Xherdan Shaqiri and Sadio Mane both scored in quick succession this afternoon, as they gave Liverpool a 4-1 lead against Cardiff City at Anfield.

Shaqiri originally bagged the home side’s third of the afternoon, after he cut in on his left before slotting home with his left foot to score his first ever goal for the club.

Mane then scored his second and Liverpool fourth of the game just a matter of minutes later, as he was played in by Salah before chipping the ‘keeper wonderfully.

Here are clips of both Shaqiri’s and Mane’s goals this afternoon as Liverpool went top of the table with a comfortable home victory.