Arsenal have reportedly offered Barcelona €50 million for misfit Ousmane Dembele, but the Spanish champions feel that the offer is far too low.

Dembele’s time at the Camp Nou has been largely underwhelming since his €105 million move from Borussia Dortmund in the summer of 2017 – as per BBC Sport – amid inconsistent performances and injury issues.

The 21-year-old has just 34 appearances under his belt for the Blaugrana to date and he has only managed to score nine goals, which is a relatively modest tally for the man brought in to replace Neymar.

The Frenchman has found himself in and out of Ernesto Valverde’s team at the start of the 2018-19 campaign following the summer arrival of Arthur, who has hit the ground running to combine well with Lionel Messi and Luis Suarez in the attack.

According to Don Balon, Arsenal have been monitoring Dembele’s situation closely and they would like to offer him a way out, as reflected in their shock €50 million offer.

Unfortunately for the Gunners, Barcelona chiefs are not prepared to accept any fee less than €80 million, which effectively shut down their approach instantly. 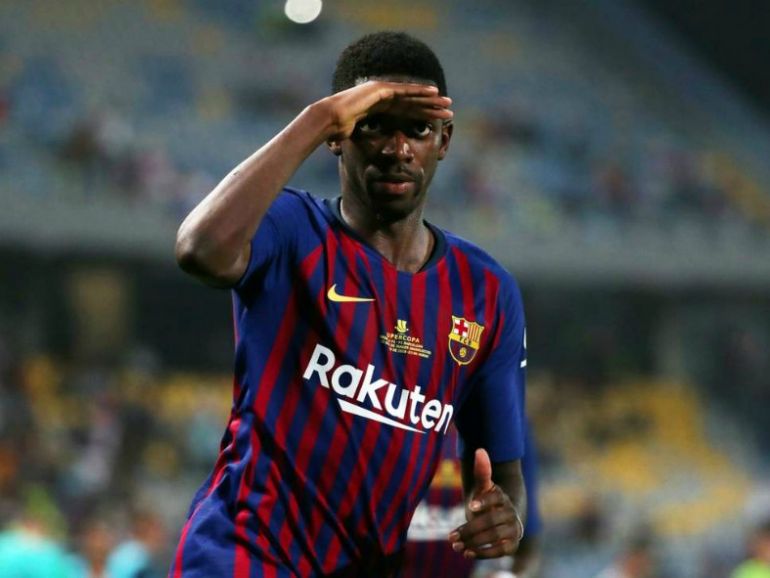 Dembele has bags of potential and has shown glimpses of the brilliance which convinced Barcelona to sign him in the first place over the last year, however, he must become more consistent on the pitch to save his career at the Camp Nou.

If he doesn’t then plenty of clubs, including Arsenal, will be in for him when the transfer window re-opens and Valverde might want to cut his losses, especially given the strength in depth he has in attacking areas.

Gunners supporters might be excited by the prospect of Dembele adding to their potent forward line at the Emirates and this particular story has every chance of developing in the new year, albeit only if the club is willing to stump up more funds to secure his signature.