Barcelona host fierce rivals Real Madrid at Camp Nou on Sunday in what will be this season’s first El Clasico (KO 15:15).

There’s good news for punters and fans in the UK as Bet365 report they are live streaming the match through their website.

Julen Lopetegui remains in charge of Real Madrid for the time being after overseeing Los Blancos’ worst start to a season in 17 years.

Defeat to Barcelona on Sunday could be the final nail in the coffin.

Barca will be without talisman Lionel Messi. The Argentinian suffered a fractured arm against Sevilla last weekend and is expected to be out for around three weeks.

This will be the first time in 11 years that neither Messi or Ronaldo have featured in the derby.

Time for a new hero to step forward.

The Spanish champions are four points clear of Real Madrid and have lost just once so far this season. Unsurprisingly the Catalans are La Liga’s top scorers, which is stark contrast to Real Madrid who have scored just once in their last four league outings. Safe to say they’re missing CR7.

So with no Messi or Ronaldo, who’ll bag the goals?

Luis Suarez is the 19/5 favourite to open the scoring while Real Madrid’s Gareth Bale is available at 13/2. 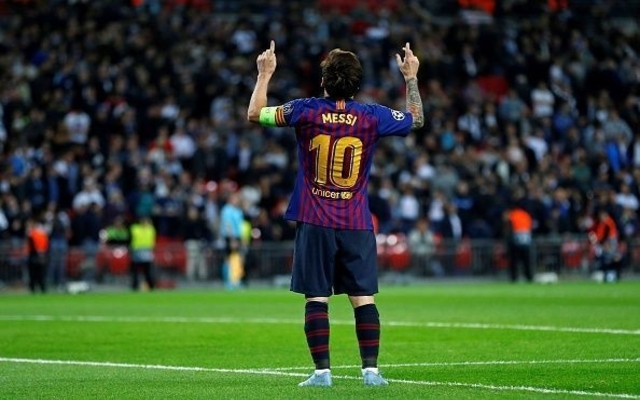 At the time of writing Barcelona are available at evens, but don’t expect that price to be around come kick off. Real Madrid, in desperate need of all three points, are available at 11/4 while the draw is priced at 14/5.

With Sky Sports losing the rights to broadcast La Liga games it’s even harder to view El Clasico. But good news if you’ve got a Bet365 account, because they’re live streaming the game.

That means you’ll be able to watch all the action live once you’ve made an initial deposit on the Bet365 website or app.