Arsenal midfielder Mesut Ozil has insisted that he plays better as a number 10, but he is still having ‘fun’ on the right-hand side of the pitch.

The Gunners have won 11 games on the bounce in all competitions after a blistering start to the 2018-19 campaign and Ozil has featured prominently.

Recently Emery decided to move the German into a wider position to improve his productivity in the final third of the pitch, which paid off remarkably during their last Premier League win against Leicester City.

Ozil scored Arsenal’s first and had a huge hand in their next two during a 3-1 win at the Emirates, which lifted Emery’s men into the top four.

The German’s first time finish to open the scoring was exquisite, while his skill and passing ability was on full show as he aided the team in setting up Pierre-Emerick Aubameyang for a brace.

Despite his match-winning display against the Foxes, Ozil admits he was surprised to be moved into a different position, as he told Sky Sports: “For me, it is not my best position.

“I think my best position is as a No 10 but at the end of the day, I have to accept and respect what the coach decides.

“So I have to give everything I can on the right side, it’s new for me but it’s fun for me as well, especially with the goals and I will continue to give my best on that side.”

Next up for the Gunners is a trip to Selhurst Park on Sunday to face Crystal Palace, who are struggling in the bottom half of the table after a run of poor results. 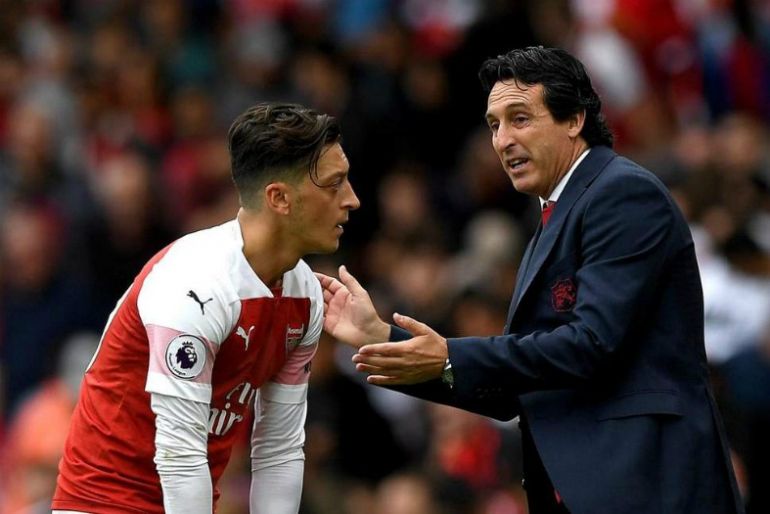 Another win could see Emery’s men move ever closer to the summit and if Ozil can continue to produce his best form there is every chance that the Eagles could be overwhelmed.

The 30-year-old playmaker has often been criticised in the past for his perceived lack of effort and enthusiasm on the pitch, but he seems to be enjoying a new lease of life under the club’s new Spanish boss, much to the delight of supporters.