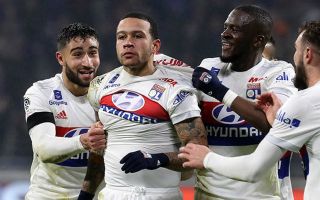 Lyon winger Memphis Depay launched a furious tirade after not starting in his side’s last game.

The Dutchman, who has shone for the Ligue 1 giants since joining them from Manchester United, is now attracting plenty of interest from Red Devils supporters on Twitter as they argue about whether or not they’d want him back at Old Trafford.

Depay looks a far better player now than when he left United, but some are concerned that this outburst shows his lack of professionalism and in fact perfectly illustrates why he didn’t make it in England in the first place.

That said, many fans clearly want him back – and who can blame them given the way their attack is struggling right now as Alexis Sanchez and Romelu Lukaku in particular go through some of the worst form of their careers.

Memphis Depay incensed over starting on the bench vs Angers yesterday: "This is the 4th time I have found myself on the bench… I deserve better. A player like me deserves more respect. I should be playing every match." https://t.co/zFKrcbqOv2

Depay could surely fix many of Jose Mourinho’s problems were he to move back to the club – so where do you stand on this issue…?

This is the reason he didn't make it at United, his attitude at times is ass. https://t.co/3HpMYxXlO9

This is why he didn’t make it at united.

But then again, it’s almost January

Depay could come back and make his mark as our 7

Depay is amazing. Get him back @ManUtd

This don't seem like arrogance, he's right. He's been beasting

A player like him who flopped in his chance in the biggest league? Balotelli is good in France lol it doesn’t mean your a top player. Nob head

Meanwhile, Memphis Depay changed the game when he came on in the second half yesterday vs Angers. Scored and gave an assist.