Although they didn’t miss him this past weekend, Barcelona will be hoping that talisman Lionel Messi returns from injury sooner rather than later.

The Catalan giants secured a convincing 5-1 win over Real Madrid at the Nou Camp on Sunday with Messi watching on from the sidelines as he continues to nurse an arm fracture suffered in the win over Sevilla.

Having been spotted on various occasions with a sling on to protect the injury, the 31-year-old appears to be making progress in his comeback, as seen in the photo below taken from his Instagram story.

It looks as though the sling has been ditched as Messi no longer needs it, and that will be a welcome sight for Barcelona and coach Ernesto Valverde.

Prior to the injury, Messi had scored 12 goals and provided six assists in just 12 games, and with La Liga and Champions League commitments coming up in a packed fixture schedule, the reigning Spanish champions will hope that he will play a crucial role in helping them maintain their pursuit of major honours this season.

While it isn’t a medical report to suggest that he’s on the mend, the fact that Messi has shared an image without the sling would hint that he is certainly moving in the right direction in his recovery from the setback. 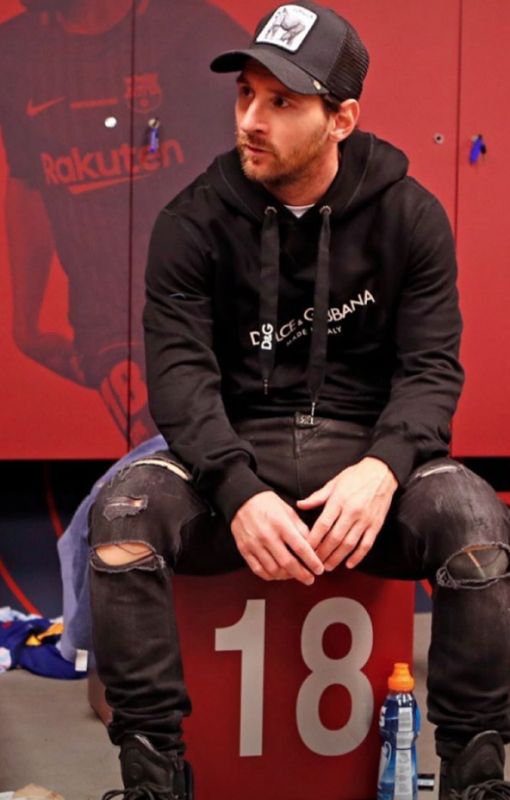