Antonio Conte is interested in succeeding Jose Mourinho in the hot seat at Old Trafford, despite being linked to the vacant post at Real Madrid.

The Italian boss has been out of work since leaving Chelsea over the summer, having guided the club to Premier League and FA Cup wins during his two-year tenure.

The 49-year-old head coach had been named as the favourite to take over at Madrid, following Julen Lopetegui’s sacking on Monday, according to Metro Sport, but a new development in the story has seen him linked with Man United instead.

As Gazzetta Dello Sport reports, Conte would favour a move to Old Trafford, having been named as one of the candidates to replace Mourinho should the Portuguese manager end up leaving the club in the near future.

Gazzetta Dello Sport also states that one of the key reasons he wants to move to Manchester is to reunite with former charge Paul Pogba, who he managed during his time at Juventus, winning back-to-back Serie A titles. 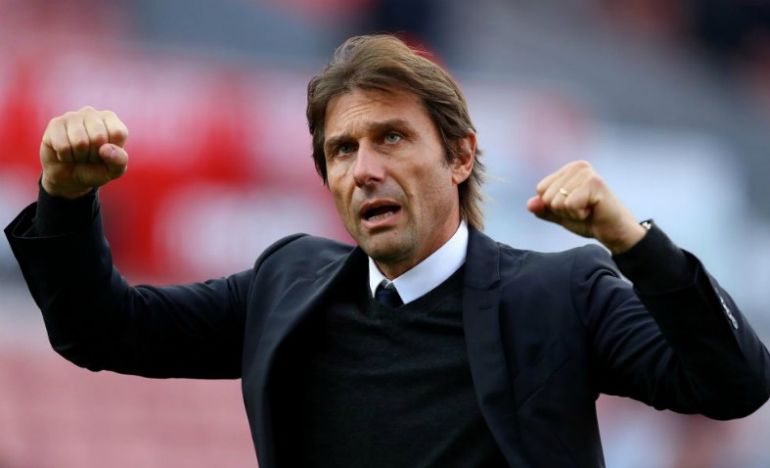 United have had a poor start to the 2018-19 season and are currently nine points behind Premier League leaders Manchester City and Liverpool after 10 games, which has heaped pressure on Mourinho.

The 55-year-old tactician has been granted a stay of execution by the club, but if the team cannot string together a meaningful sequence of wins over the winter period, there is every chance he could still face the axe.

Conte has the experience in English football to be successful at the Theatre of Dreams, which is why he has emerged as a frontrunner for the job, but like Mourinho, he is a divisive character with a stubborn personality and therefore might not be the best choice in the eyes of United supporters.

This particular story could develop quickly in the coming weeks, particularly if Mourinho’s men continue to struggle, with an away trip to Bournemouth next up for the Red Devils in the league on Saturday.