Barcelona winger Malcom has requested a move away from the Camp Nou in the winter transfer window after a frustrating start to the season.

Blaugrana boss Ernesto Valverde has only used the Brazilian in two La Liga matches out of ten this term, despite the fact he was signed from Bordeaux this summer with a sterling reputation as an effective, skilful attacker capable of adding a new dimension to the Spanish champions going forward.

Unfortunately for the 21-year-old starlet, another of the club’s summer signings, Arthur, has overshadowed him, starring in ten matches across all competitions and thriving up front alongside Luis Suarez and Lionel Messi.

According to Mundo Deportivo, Barca’s €41 million investment in Malcom may end up proving fruitless, as the youngster has already sat down with Valverde to ask for a January transfer.

Sky Sports reports that Inter Milan, Tottenham and Arsenal are all monitoring the Barca misfit’s situation, but it remains unclear whether or not Valverde will be willing to let him leave at such an early stage in the current season. 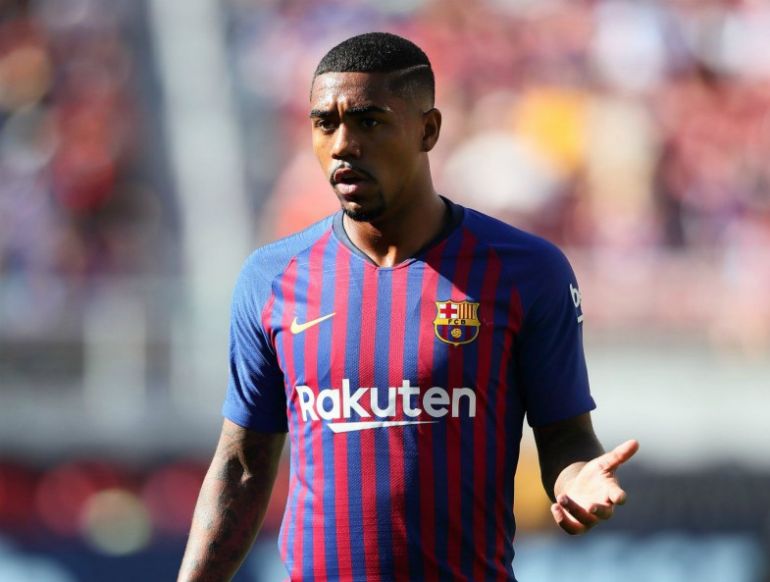 Barca are top of La Liga after the first three months of the 2018-19 campaign, one point ahead of second-placed Deportivo Alaves and seven ahead of arch-rivals Real Madrid, who they thrashed 5-1 at the Camp Nou on Sunday.

Malcom doesn’t really get a look in at the moment and the team is still firing on all cylinders in his absence, which suggests that dynamic is unlikely to change anytime soon.

However, the Brazil U-23 international still has bags of potential and if given enough chance to prove himself, he could quickly develop into a very dangerous player worthy of his hefty price tag.

Tottenham and Arsenal fans will surely be keeping a close eye on this story as it develops in the coming weeks, with both clubs fighting for trophies on all fronts and possibly on the lookout for reinforcements in January.