Los Blancos midfielder Luka Modric is the favourite to win the prize after picking up the Golden Ball for his performances at the Russia World Cup with Croatia and winning FIFA’s best player award back in September.

The veteran playmaker enjoyed a stellar 2017-18 season with Madrid, winning the Champions League for the third year in a row, before guiding his country to a runners-up finish at the World Cup.

However, he faces strong competition for the accolade, in the form of Cristiano Ronaldo, who left the Santiago Bernabeu for Juventus during the summer, Barcelona’s Lionel Messi and Liverpool talisman Mohamed Salah, all of whom enjoyed fantastic seasons too.

Former Manchester United defender Neville has now thrown a shock new name into the hat as his top pick when answering who he would choose to win the award this year, stating on Twitter: “Ramos.”

Of course, the famous pundit is referring to Madrid’s Sergio Ramos, who was also part of the squad which won the Champions League last term and has been one of the best defenders in world football over the past decade.

The Spanish superstar is a left-field choice, but there is a valid argument for him to win it, given his superb performances over the last twelve months which once again underpinned Los Blancos’ unprecedented success. 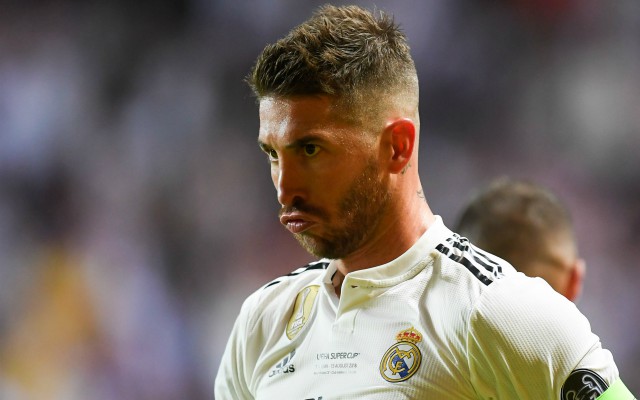 Neville also went on to back Juventus for the European crown this season, who led by Ronaldo, have started strongly this year in Group H, beating Valencia, Young Boys and Manchester United.

We will have to wait until May to see if his prediction turns out to be correct, but the wait to find out who will be this year’s Ballon d’Or winner will end on December 3rd, in a glittering ceremony scheduled to take place in Paris.