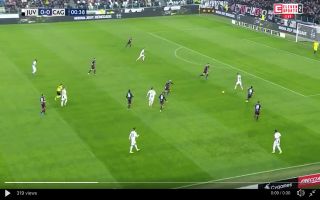 Paulo Dybala got Juventus off to a flying start only 45 seconds into their Serie A encounter against Cagliari with a particularly unusual finish.

Dybala was played in by Uruguayan midfielder Rodrigo Bentacur, Dybala tricked his way past a defender before shooting and slipping to the floor at the same time.

Even when Dybala is off balance it seems his shots still find the back of the net.

Check out a video of Dybala’s goal courtesy of Eleven Sport UK below:

Beautiful goal from Dybala to put Juve One up against Cagliari!

Dybala scores inside a minute for Juve ?

Dybala is the Juventus captain and there is no better way to start a game by scoring only 45 seconds in.

You’re in luck as you can watch the rest of the action live for FREE here.