Chelsea are interested in singing Joao Felix from Benfica in January but may miss out if he signs a new deal with a £105 million buy out clause.

The Blues are already looking ahead to the next transfer window after a strong start to the 2018-19 season which has seen them break into the top three, just three points behind leaders Liverpool with a game in hand.

Maurizio Sarri arrived at Stamford Bridge with a vision and he has translated that onto the pitch very quickly, favouring a 4-3-3 formation with quick interchange passing and a fluid attacking-verve.

Despite remaining unbeaten across all competitions so far this term, Chelsea are still considered as underdogs for the title, which is a dynamic Sarri hopes to change with signings in the new year.

According to the Daily Mirror, Felix is high on the club’s list of potential transfers, but they will have to move quickly to secure his services as European giants Benfica have already offered him a new contract in Portugal, which would see his release clause increase to a whopping £105 million.

The 18-year-old starlet has impressed with his displays in the Primera Liga and in Europe over the last few months and the Blues are hoping they can acquire him with a £45 million bid, which would meet his current buy-out clause – as per the Mirror. 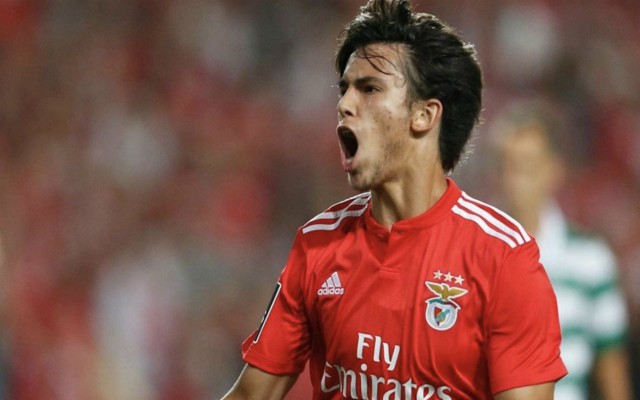 Felix is one of the most talented young players in the game and his skills will only develop in the coming years, meaning he could prove to be a prudent investment for Chelsea long-term.

This story looks set to develop quickly as the young attacking midfielder has to make a big decision very soon – remain with Benfica or take a risk and await offers in January or the summer – and Sarri will surely be keeping a very close eye in the background.