Virgil Van Dijk told Jurgen Klopp he should have scored three for Liverpool against Arsenal on Saturday evening.

The Reds emerged from their trip to the Emirates with a point after James Milner’s 61st-minute strike was cancelled out by an 82nd-minute Alexandre Lacazette goal, but it could have been much better for the visitors.

The Gunners dominated possession and were very much on the front foot throughout the entire match, but Liverpool did get their chances on the break and from set pieces, which they failed to take.

One of the main culprits was Van Dijk, who hit the post and saw two other guilt edge chances saved by Bernd Leno in the Arsenal goal, much to his frustration.

According to the Daily Mirror, the Dutchman lamented his wastefulness in front of goal after the match, as he admitted to Klopp that he ‘should have had a hat-trick’. 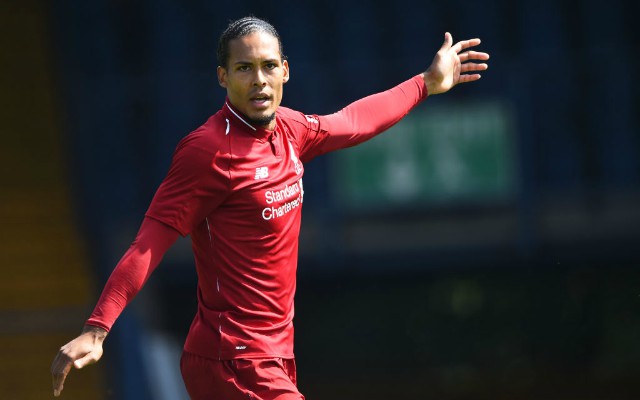 The German boss revealed as much in his postmatch comments, as the Mirror reports.

“A point is a good result, (Unai) Emery can say the same, but we had clear chances,” Klopp told reporters.

“We got a point, we deserved a point and we could have had more. I don’t feel like we dropped two points.

“I saw Virgil van Dijk after the game and he said ‘I should have had a hat-trick.’ I was not a good football player but I was good at heading and today I would have scored three.”

Liverpool must now dust themselves down and regroup ahead of a crucial Champions League encounter against Red Star Belgrade on Tuesday, before a return to Premier League action Fulham in a week’s time.

Klopp’s men look capable of mounting a challenge for silverware on all fronts, but they will need to be far more clinical in front of goal, Van Dijk included, to ensure that they don’t miss any more opportunities to pull away in the Premier League title race ahead of their main rivals.