Bayern Munich are reportedly lining up a bid for Arsenal’s Aaron Ramsey at the end of the season when his current deal at the Emirates expires.

The Welshman has played 343 matches for the Gunners over the last ten years, scoring 59 goals and earning his status as a fan favourite for his creative style of play and penchant for brilliant goals.

The 27-year-old has featured prominently once again this year under new Spanish boss Unai Emery as the team has stormed into the top-four picture with 8 wins from their last 9 league Premier League games.

A 1-1 draw against Liverpool at the Emirates on Saturday was another huge step in the right direction for Arsenal and Ramsey came on to play his part midway through the second half.

According to the Daily Mirror, the Wales midfielder had hoped to sign a new deal with the club, but talks broke down over the last few weeks and he is now resigned to leaving North London at the end of the season.

Chelsea, Manchester United and Liverpool have all been linked with Ramsey but in a surprising turn of events, five-time Champions League winners Bayern Munich have also joined the race for his signature, as the Daily Express reports.

The Express states that the Bundesliga champions are the frontrunners to secure his services next summer when he is free to leave Arsenal for nothing, having tabled an attractive financial package.

Ramsey is a technically gifted and forward-thinking footballer capable of adding a new dimension to any team in Europe, meaning he could certainly fit in nicely at the Allianz Arena. 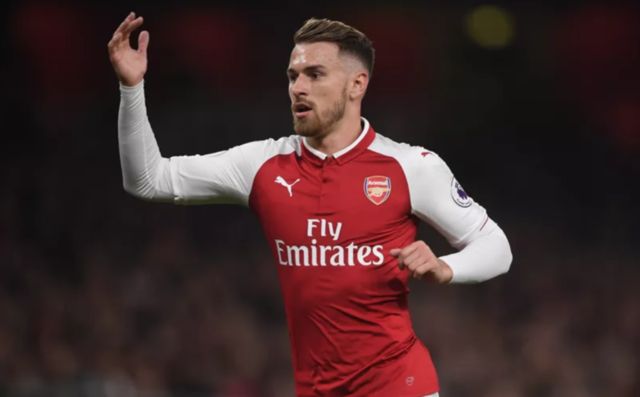 That being said, there are still several Premier League clubs who will want to steal him away come May and given his extensive first-hand knowledge of English football, he might still ultimately favour a move to one of them.

Caught Offside will bring you more on this story in the coming weeks and months as it develops, with a new chapter in Ramsey’s career looming large on the horizon.