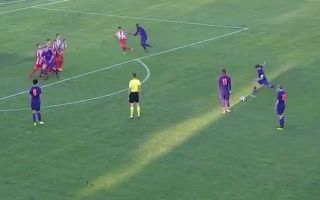 Liverpool U19s were in action in the UEFA Youth League on Tuesday and Adam Lewis produced the moment of the encounter with Red Star Belgrade.

The Reds secured a 2-0 win and went top of the group on 10 points from their four matches after goals from Curtis Jones and Lewis in the second half, but there were no doubts over who stole the show.

Lewis, 18, has already earned plenty of positive reviews for his performances for the youth side, but he showed that he can also offer quality in the final third with a stunning strike to find the back of the net from 25 yards plus out.

The talented youngster has been a regular for the Liverpool youth sides this season, making 12 appearances in all competitions.

With moments like this, he will certainly do his hopes of breaking into the senior squad further down the line no harm as boss Jurgen Klopp will undoubtedly be keeping an eye on the progress of the club’s youngsters, particularly in Europe.

Liverpool’s senior stars will of course be hoping to repeat the result when they face Red Star in Belgrade in the Champions League on Wednesday night.

Liverpool U20 captain Adam Lewis with an absolute beauty of a free-kick to seal the win in Belgrade! pic.twitter.com/J5IW0akGVL 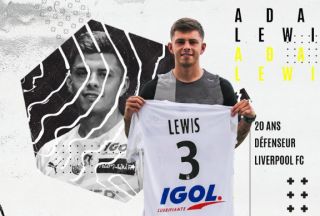 Done deal: Liverpool send defender back out on loan after recalling him from an unproductive spell in France January 14, 2021 12:58
Liverpool FC 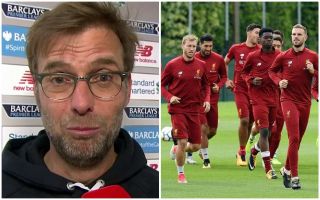