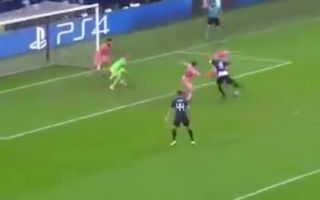 As he has done on countless occasions, Inter captain Mauro Icardi rescued his side with a late goal as they secured a 1-1 draw with Barcelona on Tuesday night.

Substitute Malcom had given the visitors the lead late on, as it appeared as though his goal would secure all three points for them.

However, Icardi had other plans as he pounced on some poor defending from the Catalan giants, and kept his composure to score a late goal and secure a share of the spoils.

The late drama didn’t deny Barcelona qualification as they will go through to the knockout stage of the Champions League as they sit top of Group B with 10 points from their opening four games.

From an Inter perspective though, that point could be crucial as after Tottenham turned things round and defeated PSV at Wembley, the Nerazzurri now have a slender three-point lead over the Premier League outfit.

With a trip to Wembley still to come, it promises to be a tense end to the group stage, but with Icardi leading their line, Inter will remain confident in their chances of advancing.

Icardi with the equalizer, Man United should signed this guy already #InterBarça pic.twitter.com/DlAkcNVrmh