The Reds suffered a damaging defeat in Serbia on Tuesday night which leaves them facing an uphill battle to qualify for the next round of the Champions League.

Two goals from Milan Pavkov condemned Klopp’s men to successive away defeats in Europe this term and with Paris Saint Germain up next in France, the situation looks bleak for the Premier League giants.

Liverpool have won just three of their last nine matches across all competitions and seem to be struggling in the final third of the pitch, despite still being just two points behind Manchester City in the English title race after 11 matches.

Former Manchester United defender Ferdinand jumped at the chance to question Klopp’s success post-match with a key statistic, posting an image on social media which shows that the German boss has the lowest win percentage of all the top six Premier League managers over the last four years of his career.

Liverpool are still yet to win a trophy under the 51-year-old manager as he has won 54.7% of matches since 2014, which is some way behind Pep Guardiola at Manchester City on 73.6% and even significantly lower than Mauricio Pochettino at Tottenham on 58.3%, despite the fact the Argentine has also failed to win any silverware. 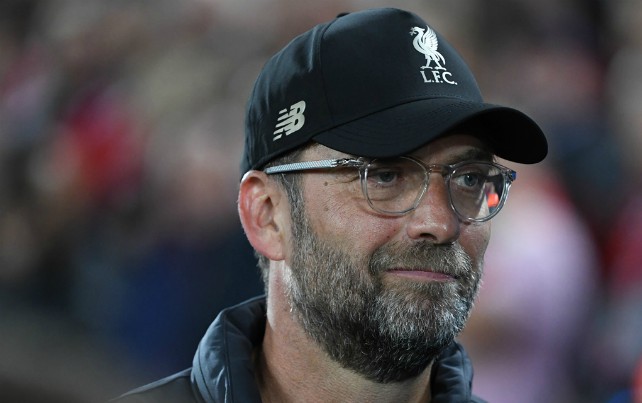 As the Reds form begins to take a turn for the worse, supporters might start growing restless heading into a busy winter schedule for the club, with Fulham up next at Anfield on Sunday.

Klopp’s side are still in a strong position domestically and in Europe, but the team must rediscover its mojo in the final third quickly to ensure that their season doesn’t begin to unravel prematurely.