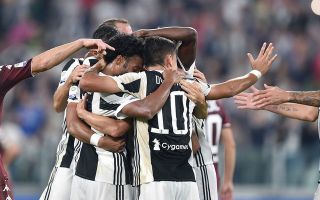 Manchester United fans have been hugely impressed by the performance of Juventus star Paulo Dybala in their Champions League meeting this evening.

The Argentina international struck the winner at Old Trafford in the first meeting between these two teams, and has looked the most likely again tonight.

Showing plenty of moments of real class, one of Dybala’s stand-out moments this evening came when he hit the woodwork with a stunning curling effort.

United fans have been suitably impressed, and why wouldn’t they be when the 24-year-old would surely represent a major upgrade on any of their attacking players?

None of Alexis Sanchez, Romelu Lukaku or Marcus Rashford have really done the business on a consistent enough basis in recent times, and one imagines Dybala would easily replace them in a variety of positions up front in Jose Mourinho’s line up.

i want dybala at united so bad….

Dybala is supposed to be a man united player ?