Liverpool were guilty of complacency in Europe on Tuesday night, according to Red Star Belgrade centre-back Milos Degenek.

The Reds succumbed to a 2-0 defeat in Serbia in the Champions League, as a brace from Milan Pavkov in the first half secured three points for the hosts and ensured that Jurgen Klopp’s men now have a fight on their hands to qualify from Group C.

The Rajko Mitic stadium was rocking right from the start and Liverpool just couldn’t cope with the hostile atmosphere inside the ground, falling a step short in almost every department on the pitch.

Napoli are now top of the group on goal difference ahead of the Reds after drawing 1-1 with Paris Saint Germain in Italy on the same night, while Red Star are back in the qualification picture just two points further back at the bottom.

Austrailian defender Degenek, who kept Liverpool’s front three quiet all night, has rubbed salt in their wounds by insisting the Premier League giants underestimated the Serbian outfit, revealing that James Milner was in awe of the home support.

“I think Liverpool underestimated us and consequently paid for that mistake,” The 24-year-old told reporters post-match, as per the Liverpool Echo.

“I spoke with Milner in the tunnel and he told me he’d never experienced anything like the noise coming from above the tunnel. I believe we can repeat this against Napoli.”

Klopp must now dust his team down ahead of a vital weekend of Premier League action, which sees them take on Fulham at Anfield on Sunday. 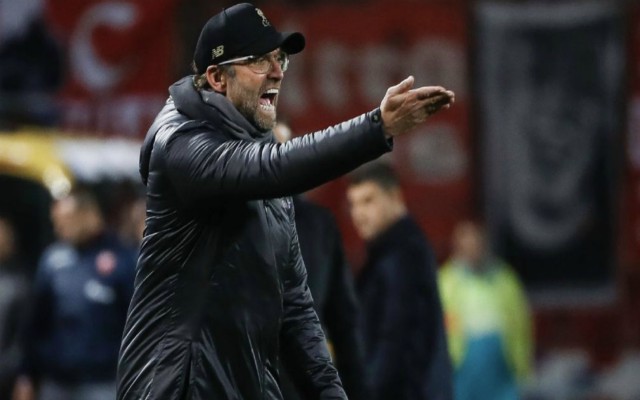 Liverpool have won just three of their last nine matches in all competitions after the result against Red Star and don’t look at their free-flowing best going forward, but they are still in a strong position domestically, just two points behind Manchester City in the league table.

Still to come for the Reds in the Champions League is an away tie against PSG, before a home game against Napoli and they cannot afford any more mistakes in their pursuit of a place in the last-16.