Torino are preparing to launch a bid for Chelsea full-back Ola Aina in the winter transfer window, following his impressive loan spell in Italy.

The Italians signed the Nigerian defender on a season-long loan during the summer and he has been a bright spark in Serie A over the last three months, featuring ten times for the club already.

The 22-year-old signed a new contract with Chelsea in August which was designed to keep him at Stamford bridge until 2021, but the club’s resolve may now be tested in the new year.

According to the Evening Standard, Torino want to secure Aina’s services on a permanent basis in January and they may be willing to table an offer of around £8 million for the young starlet.

Should the Serie A outfit indeed push for this deal in the next few months, Chelsea will have a big decision to make. On the one hand, they might be hoping that Aina returns to London next May with a new lease of life ready to challenge for a place in the starting XI, but on the other, they may think about cutting their losses with competition for places at a premium. 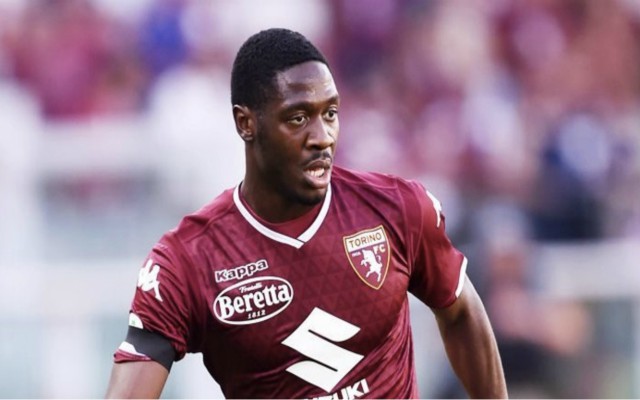 Victor Moses, Davide Zappacosta and Cesar Azpilicueta are Maurizio Sarri’s first choice right-backs and despite the fact that Aina has been part of the first team set up for the Blues since 2014, he has only managed to make six first-team appearances for the club.

The Chelsea star has already earned five caps at international level with Nigeria and has the ability to become a very good player in the future, but perhaps his career development might be better suited by remaining in Italy for a while and honing his craft with Torino.

This story looks set to develop quickly during the winter period, with the transfer market reopening now less than two months away.