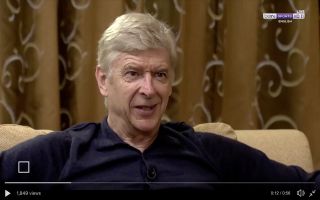 Former Arsenal manager Arsene Wenger has broken his silence on rumours linking him to the current managerial vacancy at Real Madrid.

Wenger told Bein Sports that he had been in contact with Los Blancos over the managerial vacancy but the Frenchman insisted that he is still mulling over his options before making a return to management.

Check out Wenger’s response below:

Wenger left Arsenal at the end of last season after a 22-year reign at the North London club which saw the mastermind establish himself as one of the greatest ever managers to grace the Premier League.

The appeal of managing Real Madrid could certainly lure the 69-year-old away from his spell away from management and the Frenchman may see the challenge of managing one of the world’s biggest clubs as too good an opportunity to turn down.