Tottenham star Eric Dier wished the best to his old club Sporting Lisbon as they take on Arsenal in the Europa League tonight.

It was clearly a highly arousing experience for the England international based on this photo he posted – either that or it’s some very unfortunate trick of the light, or he carries a police truncheon around with him, or something.

We’ve all been there, Eric…

Dier will likely be hoping that Sporting can spring a surprise and beat Arsenal at the Emirates.

The result is not overly important for the Gunners though as they look all but certain to progress in the Europa League whatever happens, having won their opening three group matches.

A win for the Gunners tonight would wrap up top spot, while a defeat would end their 14-game unbeaten run.

Spurs will be hoping to dent Arsenal’s form themselves when the North London rivals meet at the Emirates next month. The duo face off in the Premier League on December 2, before meeting again in the EFL Cup 16 days later. 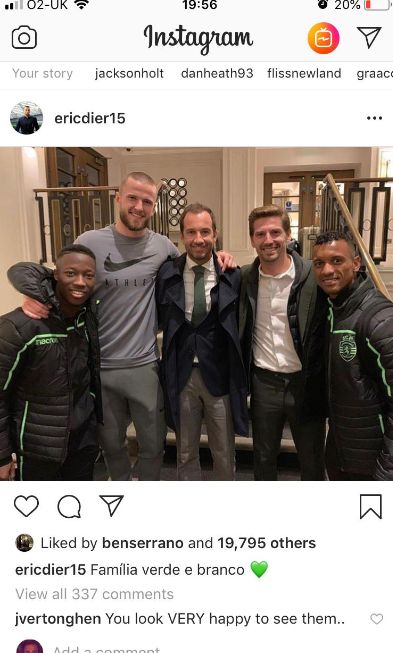