Manchester United midfielder Paul Pogba’s fitness may be in doubt after he missed a Friday training session with the team.

The Red Devils will face Manchester City on Sunday afternoon in the biggest Premier League clash of the weekend, with nine points currently separating the two clubs in the table.

Both teams head into the match fresh off the back of huge European wins, with United securing a 2-1 win in Turin against Juventus on Wednesday and City hammering Shakhtar Donetsk at home 6-0 on the same night.

Jose Mourinho’s men cannot afford to lose against their arch-rivals, but manager Jose Mourinho has been dealt a major blow as star player Pogba has been forced to miss training on Friday, according to ESPN.

The Frenchman did not take part in the team’s session and was ordered to train inside alone instead, with fears mounting that he may have picked up a knock that could see him sidelined against City. 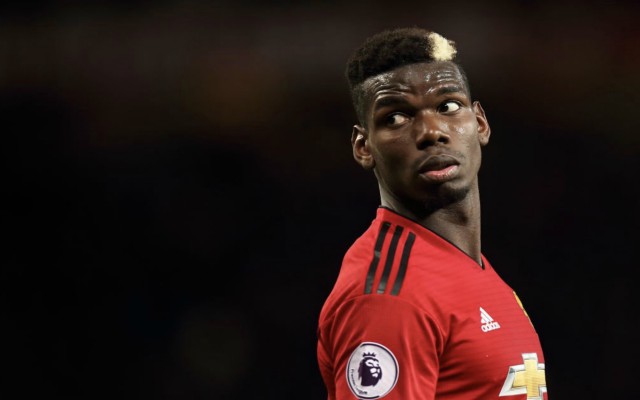 The 25-year-old will have the opportunity to train with the squad again in United’s final session on Saturday and he will be assessed along with Romelu Lukaku, who has only just returned to the fold after a week out with a hamstring injury.

ESPN reports that in Mourinho’s pre-match press conference he insisted that there were no “important” injuries to report, but this latest news might suggest that he is playing his cards close to his chest ahead of the derby.

A win against the English champions could see the Red Devil’s move into the top six and reduce the gap on their neighbours to just six points, but Mourinho will surely need Pogba pulling the strings in the middle of the park to have the best hope of beating Pep Guardiola’s swashbuckling side.