Manchester United manager Jose Mourinho says that his stubborn way of dealing with Anthony Martial has helped him to thrive at the start of the season.

The Frenchman was awarded the Premier League player of the month for October after firing five goals in four matches and seems to be improving with each passing game.

United’s recent results have been much improved and after a difficult start to the 2018-19 campaign, Mourinho has finally started to get the best out of his high-profile superstars, culminating in a sensational 2-1 Champions League win against Juventus away from home on Wednesday.

Martial was a constant thorn in Juve’s side during the match and not just when he managed to get on the ball, but also out of possession when tracking back and helping the team out in defensive positions, much to Mourinho’s delight.

The two men have not always seen eye to eye and according to the Manchester Evening News the Portuguese boss was prepared to offload the 22-year-old during the summer transfer window, but it now appears that their relationship is better than ever.

Mourinho revealed on Friday the approach he has taken with Martial and he insists that patience was the most important factor, as he told MUTV: “I never gave up. I never gave up my feelings that this was the right way for him, even if he had to go through difficult moments.

“I knew that for him to become a really top player, he needed to overcome some barriers that I put on the road for him. It is up to his talent because he has phenomenal talent.

“It was just a question of him understanding what a top player is because there is a big difference between a top talent and a top player.”

Martial is in line to feature in Mourinho’s starting XI once again on Sunday for the Red Devil’s short trip to the Etihad, where they will face champions and local rivals Manchester City. 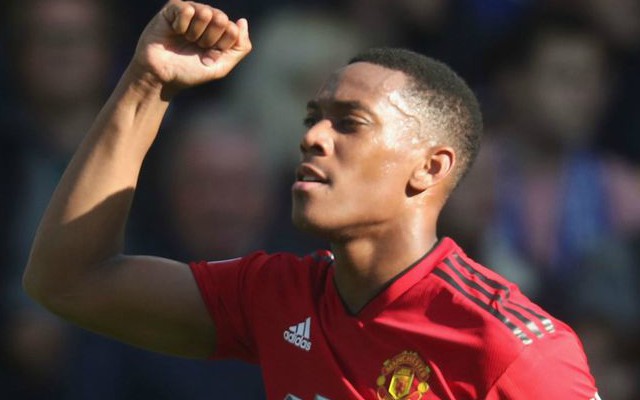 If the pacey winger can reproduce his best form once again then he could prove to be the difference, in a game which United can ill afford to lose, already nine points off the pace in the table down in 7th.

A win could close that gap to six points and reignite United’s title charge, with a busy winter schedule on the horizon – not to mention push speculation linking Mourinho with the sack at Old Trafford even further into the background.