Real Madrid will target Espanyol centre-back Mario Hermoso in January, who rose through the ranks at youth level at the Santiago Bernabeu.

The 23-year-old moved to Espanyol in 2017 after failing to break into the first team at Madrid and has since gone on to make over 30 appearances for the club.

The Spanish defender has been ever-present for the Periquitos this season, impressing in the heart of the defence with his composure in possession and leadership skills, while also earning the attention of Spain head coach Luis Enrique, who has called him up to his squad for the latest round of international games.

Hermoso spent 12 years on the books of Los Blancos before his eventual departure, rising through the ranks and playing a prominent role for the club’s Castilla side and now he is being heavily linked with a surprise return.

Madrid officials cleverly included a clause in his contract at Espanyol which allowed them the option to buy him back for a cut-price fee and they could thusly lure him back to the Bernabeu for just €7.5 million in the winter transfer window, according to Marca. 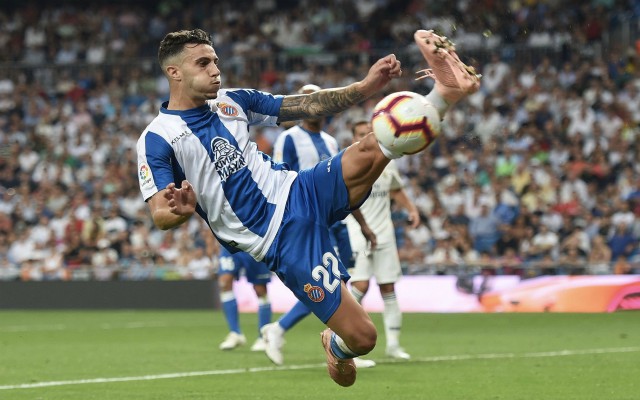 Marca understands that Espanyol are reluctant to lose one of their most prized assets, but any money generated by his sale could help the club to balance their books next year.

However, Hermoso has insisted that he remains fully focused on his current duties with Espanyol, as he told Marca on Thursday when asked to comment on the Madrid speculation.

“Our football is very attractive and we have an exceptional group, it doesn’t even cross my mind right now,” The Spaniard stated.

“One of my characteristics has always been to be very ambitious, I do not like to put on or put a ceiling on what I can achieve.

“I have always believed in myself and in my qualities.”

Despite his diplomatic comments, this story could develop quickly over the next two months, with Madrid gearing up for a busy transfer window to bolster their squad ahead of a crucial second half of the season.