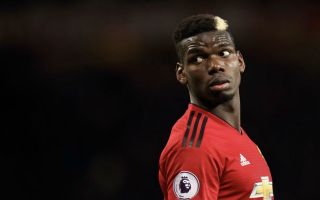 Man Utd were handed a scare this week over the fitness of Paul Pogba ahead of their highly-anticipated clash with rivals Man City on Sunday.

Bearing in mind the influence that the Frenchman had the last time these two met at the Etihad last season, the Red Devils will undoubtedly be desperate to have him available against Pep Guardiola’s men.

The 25-year-old scored twice in a 3-2 win as United produced a remarkable turnaround in the second half to postpone City’s title celebrations, and they’ll be hoping that he can be equally as influential this time round.

However, as noted by The Mirror, after picking up a problem in midweek, he attended training on Saturday but worked away from the rest of the group.

Nevertheless, most importantly, it’s added that he’s expected to be passed fit and will face City as United look to extend their positive run of recent form.

Jose Mourinho’s side have now won their last three consecutive games in all competitions, including their dramatic late win over Juventus after a stunning turnaround in the latter stages of the encounter in Turin.

With that in mind, having Pogba lead the charge in midfield and to keep that winning momentum going, Mourinho will undoubtedly be desperate to have him available on Sunday and so it remains to be seen if he is officially passed fit to take his place in the line-up.

Pogba has made 15 appearances so far this season for Man Utd, scoring five goals and providing four assists, which is enough in itself to prove his importance to the team.