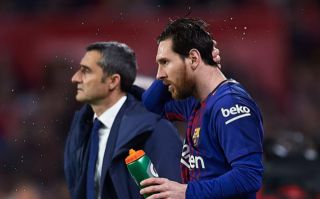 This is according to Don Balon, who note that the Argentine was ‘bothered’ about the decision to bring on the Chilean international, and that the fact Sergio Busquets was taken off instead of Ivan Rakitic when Carles Alena was subbed on was another decision that didn’t sit right with Messi.

The report states further that Messi was furious with a whole host of his Barca teammates, as well as Valverde, following their shock home defeat to Betis.

Barcelona will want to forget about the match in a hurry, as a whole host of their players put in well-below-par performances, as the Blaugrana slumped to their second league defeat of the season.

The Spanish giants were far from at their best against Quique Setien’s side, who outplayed them from start to finish to claim their first win away at the Nou Camp since 1998.

Messi himself scored twice, however it wasn’t enough for Barca, who are now just 1 point clear at the top of La Liga with 12 games played. 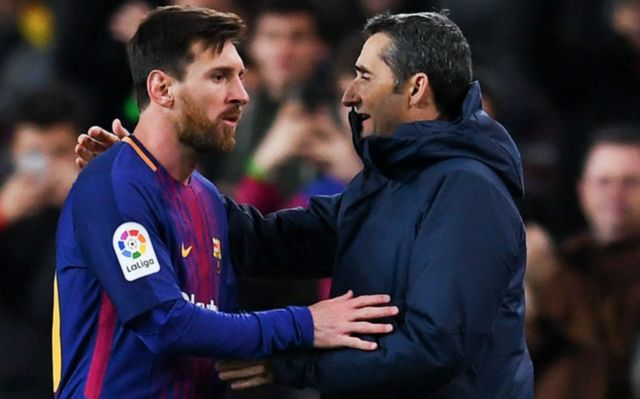 Ivan Rakitic also got sent off for the hosts, meaning that he will miss his side’s vital clash against Atletico Madrid after the international break.

And Barcelona will be hoping to get the better of Los Rojiblancos and put their defeat to Real Betis behind them in two weeks, something that has been made harder given Rakitic’s red card on Sunday.

You can catch AC Milan vs Juventus in Serie A action tonight by clicking THIS link here! Enjoy!

Stanchion. Messi makes no mistake from the penalty spot on his return for Barcelona! ? pic.twitter.com/yGAjYtyFXT

Barcelona pull another one back against Real Betis. pic.twitter.com/t872QzKBbu

LATE DRAMA. The linesman ruled it out, but VAR has given it!